With our "Be the First” ticket, enter the Casa Batlló before the normal opening hours and enjoy a relaxing visit before the crowds arrive. 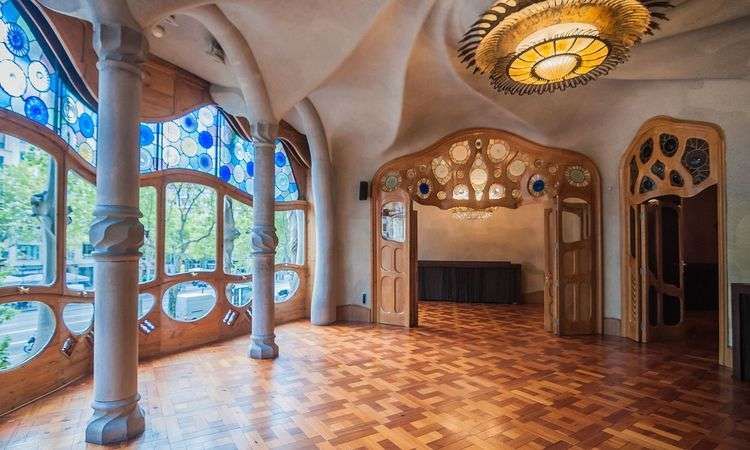 Built between 1904 and 1906, the Casa Batlló is one of Antoni Gaudí's most beautiful creations. With our "Be the First” ticket, enjoy privileged access before the official opening to the public and visit the building practically on your own.

It’s the perfect opportunity to discover the history of this building located in the heart of the “Block of Discord”, a small neighbourhood that became home to a whole series of wildly different styles by the greatest Catalan architects of the early twentieth century. In addition to Gaudí's masterpiece, there is also the Casa Amatller by Josep Puig i Cadafalch and the Casa Lleó Morera by Lluis Domenech i Montaner.

Casa Batlló, however, sets itself apart from its competitors by its singular style. Its colours, curves, stained glass windows and decorative elements draw strongly from nature and particularly from the marine world. The large windows on the first floor, where the Batlló family lived, closely resemble the observation deck of the Nautilus, the famous fictional submarine designed by the author Jules Verne to explore the ocean depths.

During your visit, you can use a SmartGuide terminal that uses augmented reality technology to make different furniture and other scenes of life appear in the house’s different rooms. Travel 100 years back in time with 21st century technology to discover the lives of the first ever residents and experience up close the golden age of Catalan architecture.

The building has full wheelchair access. An elevator, spare wheelchair and information in Braille are also available to the public.

Free Wi-Fi is available throughout the house.