Book your ticket with FastPassTours and enjoy privileged access to the Casa Batlló. You’ll discover all of the secrets of this masterpiece by Catalan architect Antoni Gaudí. 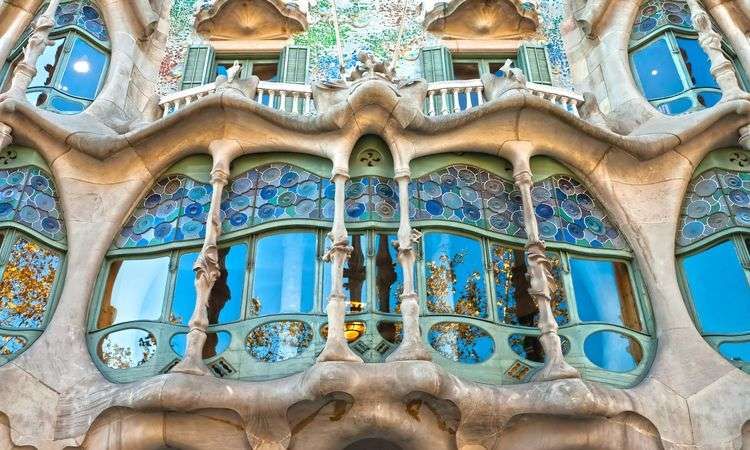 With the Blue ticket, dive into the unique world of the architect Antoni Gaudí. This is a visit that will allows you to discover one of the artist's most beautiful houses. You’ll get to use SmartGuide augmented reality technology that projects period furniture into the various rooms you’ll be physically visiting. During the course of your visit, you will have the opportunity to admire the renovation work carried out on the Noble Floor.

Built between 1904 and 1906, the Casa Batlló is one of Barcelona’s most emblematic buildings. It is just one of the houses located in the “block of discord”, a neighbourhood so named because of the presence of several grandiose buildings with clashing styles by leading Catalan architects, all completed in the early twentieth century.

Casa Batlló is named after Josep Batlló i Casanovas, an industrialist who made his fortune in textiles. In order to stand apart from the rest of his family, most of whom lived in modernist style buildings then very much in vogue in Catalonia, the man called on the eclectic talents of Gaudí. The architect, laureate of the annual competition for artistic constructions, completely reshaped the building located at 43 Passeig de Gràcia into a true work of art.

Casa Batlló is surprising to behold with its playful curves and its many colours reminiscent of the marine world (with navy blue and rock ochre featuring predominantly). Its interior is inspired by the natural world like the magnificent staircase reminiscent of a dragon's spine or the mushroom-shaped fireplaces. The building creates the sensation of entering a grotto where every detail is important. It’s like a confined space, sheltered from the world, evoking the famous Nautilus submarine by Jules Verne.

The building has full wheelchair access. An elevator, a spare wheelchair and information in Braille are also available to the public.

This is NOT your final voucher, our team will send you your official ticket to go to the venue.
Go straight to the entry of the Casa Battlo, and show your ticket.