Visit the Casa Batlló with priority access. You will have access to the Private Hall and will get to enjoy an augmented reality experience, an exciting way to discover the history of this house and its inhabitants. On leaving you will also receive a personalised period photo as a souvenir of your visit. 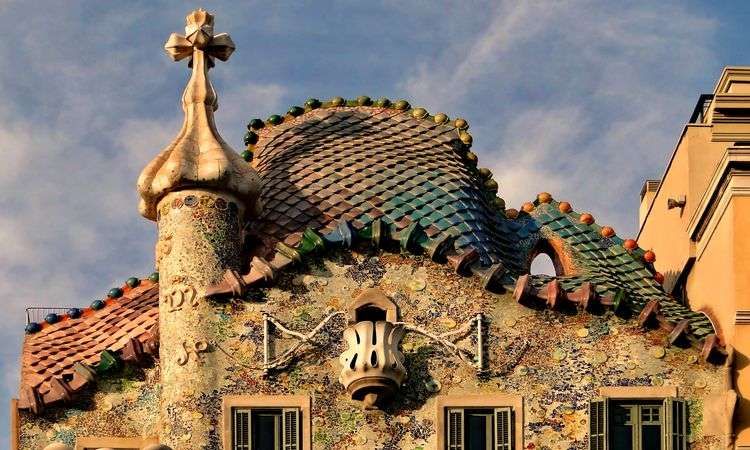 This ticket is valid for the interactive tour of the Casa Batlló, during which you’ll be given plenty of historical information and anecdotes to help you get a deeper understanding of one of Gaudí’s most important works.

The Casa Batlló is a modernist building and a UNESCO World Heritage site. It is located at 43 Passeig de Gràcia in Barcelona's Eixample district. It was built by the Catalan architect Antoni Gaudí and is particularly famous for its façade which is made from a combination of stone, wrought iron, trencadís (a ceramic-based mosaic) glass and polychromatic ceramics.

In 1900 the building was acquired by a wealthy Catalan entrepreneur and textile sector businessman called Josep Batlló i Casanovas. In 1904, two years after the renovation of the Casa Amatller by architect Josep Puig i Cadafalch at nearby number 41, Batlló hired the services of Gaudí. The presence of these two very different Modernist buildings separated by a conventional building gave rise to the area being called the “Illa de la Discòrdia” (Block of Discord).

On the first floor, you’ll find a cafeteria and shop, as well as a space dedicated to the exhibition of Gaudí's furniture. There are also faithful reproductions of rooms from the Casa Batlló and Casa Calvet, all to help you better understand the day to day life of the house when it was lived in.

The roof is designed to be reminiscent of a dragon’s scaly back and it cleverly camouflages some of the house’s more practical elements like its water storage tank and chimneys. The building is very much an expression of Gaudí's vision of the natural world and this can be seen in the underwater marine environment aesthetic that is prevalent. This is highly reminiscent of the underwater worlds imagined by Jules Verne who passed away during the renovation work in 1905.

You’ll be discovering the history of the Casa Batlló with the help of an augmented reality tour. Not only that, your Gold Ticket is also valid for dressing up in period costume so you can totally immerse yourself in the atmosphere of the early 20th century. While dressed in period costume you will have the opportunity to get your photo taken to create a unique and special souvenir of your visit.

Entry is free for children under the age of four.