Welcome to the Château de Chambord (Chambord Castle in English), the largest and most famous castle in the Loire Valley. Whether you're travelling alone, with family or with friends, the breath-taking Chambord should be an obligatory stop on your itinerary. 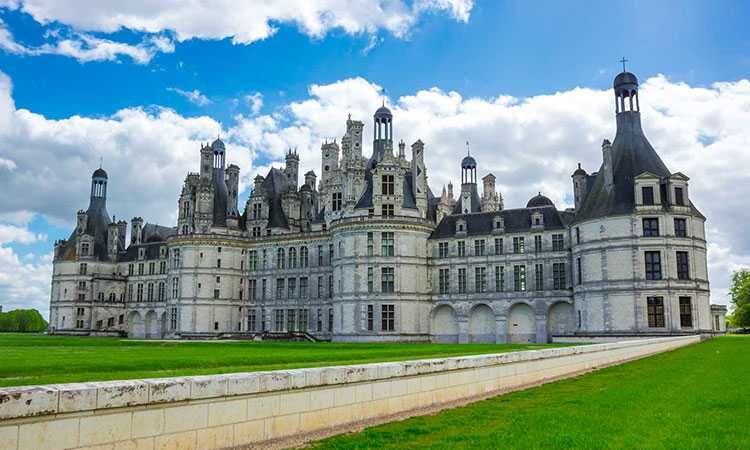 The Château de Chambord is a breath-taking French castle located in the commune of Chambord in the Loir-et-Cher department. It is the largest château in the Loire Valley. Its awe-inspiring architectural forms are a blend of traditional medieval forms with classic renaissance structures. It was built as a hunting lodge for King Francis I of France during the 16th century.

Come discover the Château de Chambord, the largest Renaissance castle of the Loire Valley. Armed with your “Histopad”, an augmented reality device, you will experience a unique immersive tour of the Château as it was during the time of François I and the French Renaissance. The Histopad allows you to discover eight castle rooms fully reconstructed in 3D using advanced augmented reality technology.

With your Histopad in hand to guide you, prepare yourself for an exciting tour in complete autonomy. Eight of the castle’s rooms have been fully reconstructed in 3D and you can see them by using the augmented reality technology of your Histopad. In this way, you get to see accurate representations of the rooms going back hundreds of years. Be absorbed by the perfect aesthetics and architectural marvels of the French Renaissance as applied to the Château which was built over a 28-year period from 1519 to 1547.

One of most popular design features of the castle is undoubtedly its famous double-helix staircase. Rumour would have it that it was designed by Leonardo da Vinci himself but nobody knows for sure.

Round off the experience by visiting the extensive grounds around the castle. As the light falls, admire the famous city-like silhouette of the many spires and chimneys that populate the castle’s huge roof.

The gardens are closed 30 minutes before the Castle’s closing time.

Present your voucher at the counter of the Castle to collect your ticket and .