With our skip-the-line ticket, there will be no endless queuing to visit the Doge's Palace and up to three more museums of your choice. An exceptional trip to the very heart of Venice. 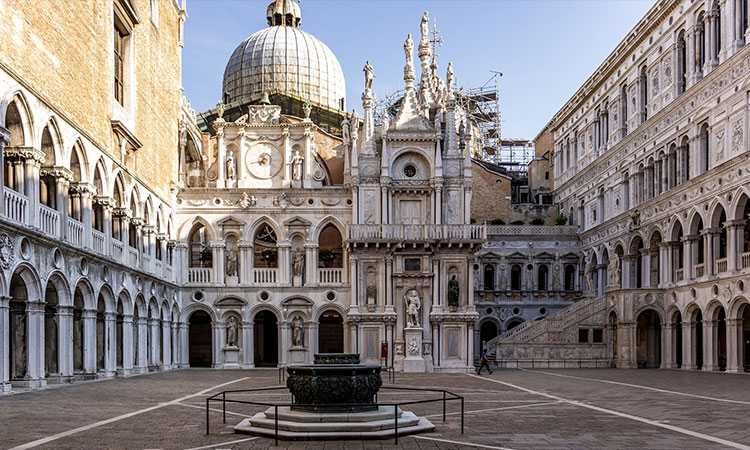 The Doge's Palace is undoubtedly one of the most fascinating monuments to be found in the Lagoon City. Built in 1340, the building housed the residence of the Doge (the leader of the Republic of Venice) and the Venetian administration. Between its walls were concentrated the judicial, legislative and executive powers, as well as a prison under its eaves, where the famous Casanova would have once been held.

The appearance of the Palace has changed over the centuries in part due to several successive fires. The original castle gradually evolved over time to become the Gothic inspired structure that stands today.

Your skip-the-line ticket for the magnificent Doge's Palace also includes three museums of your choosing from the list detailed below.
It's a wonderful opportunity to learn more about Venice through its rich collections of works of art and historical objects.

THIS IS NOT YOUR FINAL TICKET

After receiving your ticket by mail, head straight to the entrance

In addition to visiting the Doge's Palace, you're free to choose up to three more museums from the following list of ten:

Doge's palace was a great visit. And we're thankful we didn't have to wait. Worth the money.