Come and enjoy an exceptional evening at the Lido de Paris, one of the most famous
cabarets in the capital! Your evening will include a choice gourmet meal and the Lido's all-new "Paris Merveilles" show. 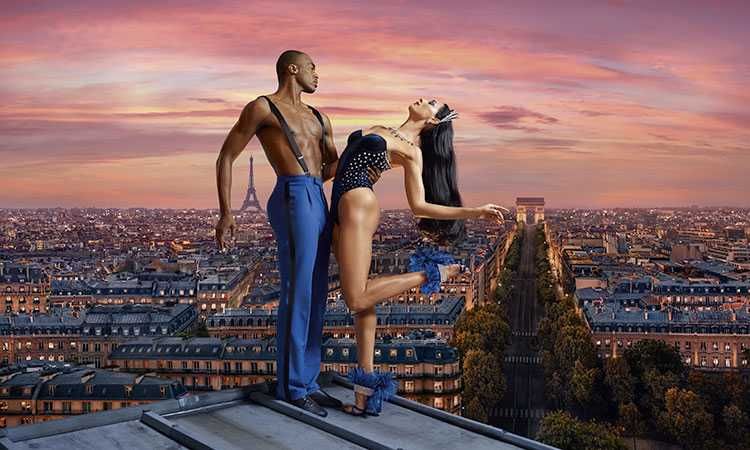 Enjoy the Dinner Show experience thanks to our Soirée étoile pass at the Lido de Paris.

You will find this enchanting cabaret on the most famous boulevard in Paris, the Champs Elysées. The Lido de Paris invites you into a whole world of dance, music, glitter, and magic.

Bought back in 1946 by the Clérico brothers, the Lido quickly became a must-see of all of the Parisian attractions, thanks to its first performance in June of the same year. What makes it special? The invention of dinner-show, a revolutionary idea that still delights its visitors.
In order to make the Lido de Paris even more magnificent, the Clérico brothers called on the impresario Pierre-Louis Guérin, known for his boundless imagination.

Edith Piaf, Joséphine Baker, and Elton John have all performed on the cabaret's stage!

With its brand-new show, "Paris Merveilles" by Franco Dragone, renowned for his work with the Cirque du Soleil, you will be immersed in an atmosphere of fiction and fantasy.

The evening will include a gourmet menu of your choice at 7 pm, with an orchestral music backdrop. You will even have the opportunity to dance on stage until the show starts at 9 pm.

Go straight to the Lido

Please note that this show is not suitable for all audiences, as there is partial nudity
Appropriate dress required: jeans and running shoes are forbidden!
Dinner is at 7:30 pm but the doors of the Lido open half an hour before that.
The show lasts 1 hour 40 minutes

All ticket sales are final and,  no refunds can be given.

Phenomenal show, and great dinner. People had a great time and so did me and my wife. Good wine, good food, good show, and beautiful girls. Great dancing. You're sure to get a bang for your buck.