With our skip-the-line ticket, discover the magnificent Sagrada Familia, Barcelona's famous cathedral! Your guide will tell you everything you need to know about the building, its construction and of course its famous artist-architect, Antoni Gaudi himself. 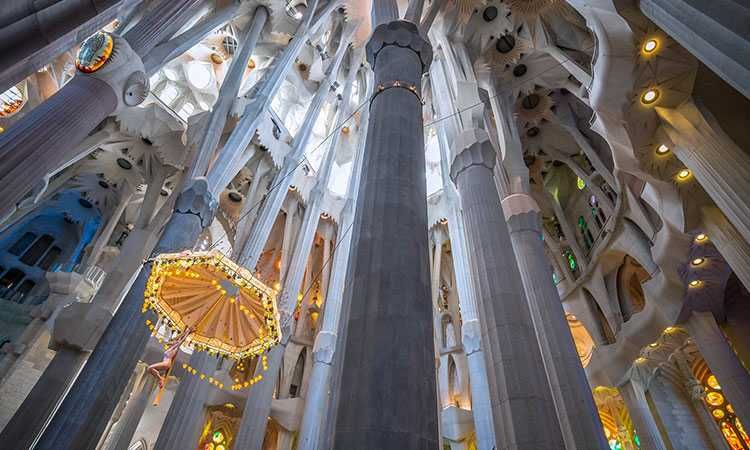 Immerse yourself in the fascinating world of the artist Antoni Gaudi by visiting his masterpiece, the imposing Sagrada Familia.The cathedral, still unfinished after more than one hundred and forty years of work, should be your number one priority in Barcelona. Its unique architecture, mixing several architectural styles and highly influenced by the artist's fascination with nature, gives the building a unique and immediately recognizable appearance.

With your skip-the-line ticket, you can forget the long queues. During the visit, count on your guide to explain all you need to know about the cathedral and the life of its architect. Gaudi, who dedicated a large part of his career to the construction of this masterpiece, wanted to design this project in its entirety. In addition to the structure, the Catalan artist designed and built many of the elements used to furnish the premises, including furniture, liturgical objects and the lighting. Gaudi is also the author of many other wonders in Barcelona, like the Park Güell or the Casas Batllo and Mila. He was a man who left an indelible mark on the Catalan capital and who is today considered one of the leading historical figures in the region.

The guided tour, available in English, will allow you to discover not only the interior of the building but also its magnificent façades, whose construction is also rich in anecdotes.

Step 1 - Meet your guide in front of the KFC

Avingunda de Gaudí, 2 , In front of the KFC , Barcelona

Step 2 - Go to the Sagrada Familia

This ticket is not valid for the towers of the Passion and the Nativity façades.

Headphones are available so you can better hear the guide’s explanations.

Guided visits are available in English