Skip-the-Line Ticket for the Sagrada Familia

Visit Gaudi's unfinished masterpiece, an "organic-looking" cathedral in the heart of Barcelona. With our skip-the-line ticket, you will also get to visit both the museum and the school that is inside. 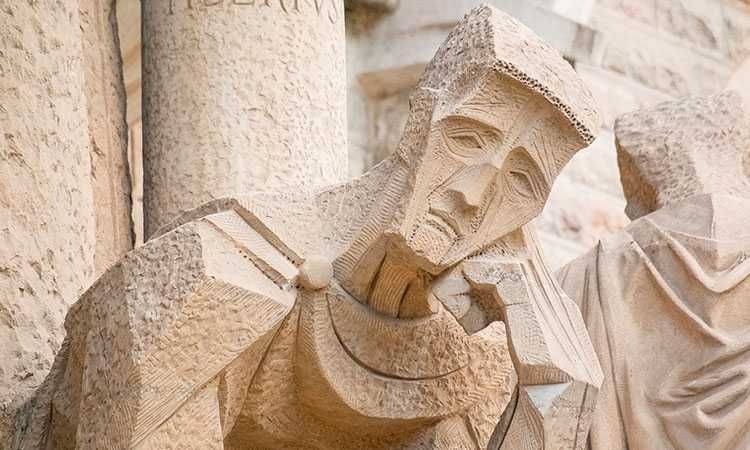 In the heart of the city of Barcelona is one of the most impressive cathedrals in the world. Under construction for nearly 150 years, the Sagrada Familia is the masterpiece of the Catalan architect Antoni Gaudi, who took inspiration from both Gothic art and art nouveau to define a new style, more organic and closer to nature than other cathedrals that came before it. The building is actually reminiscent of a great termite mound!

Although still unfinished, this cathedral, listed as a UNESCO World Heritage Site, is definitely worth the visit. In addition to its magnificent vaults, columns and stained glass windows, there are many elements designed by Gaudi in person that decorate the interior of the building, including liturgical objects, furniture and lighting.

Take advantage of our skip-the-line ticket to quickly enter the monument. Your ticket is also valid for both the Sagrada Familia Museum, located in the basement of the Passion façade, and the primary school, initially intended for the children of the construction workers.

It's a real exploration of the Catalan artist's imagination, who participated in remodelling the city of Barcelona and whose works are now widely acclaimed by the public.

This ticket is not valid for the towers of the Passion and the Nativity façades.
Optional audio guides are available
Entry is via the priority access queue on Carrer de Marina.
The time and date on your ticket can not be changed.

A beautiful place with so much to see! Don't regret the purchase as we saved a lot of time!